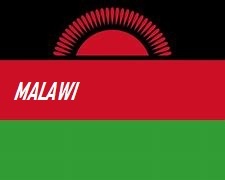 Active president Peter Mutharika of the DPP/UDF coalition came next with 1,751,877 votes.

The third competitor Mbakuwaku Movement for Development applicant Peter Kuwani oversaw 33,456 votes. Out of the 6,859,570 enrolled voters, 4,445,699 cast their votes.

The Commission recorded 57,323 invalid and void votes, speaking to 1.29 percent. The commission got and settled 10 protests from every one of the three partaking sides.